The kids are all out of school, so today we went on our first family adventure. We spent the day at the Chinese Science and Technology Museum. We left the apartment early and made the cold trip to the subway station. I had forgotten how many people you can fit into a subway car if you have no concerns about personal space. My balance isn’t very good these days, but there was no way I could fall down on the first leg of our subway journey. The next leg of the journey wasn’t quite so crowded, and I had to work to keep my balance with the stops and starts of the subway.

We got off the subway in Olympic park. One of the things my son noted was that we could walk on a park trail all the way back to our apartment complex. It is about a 7-mile walk. I’m continually amazed at the open space in Beijing. The museum building was easy to spot because of a big silver dome in front that encloses a theater.

Getting to the museum was easy but getting in was a challenge. My son was trying to buy tickets on his phone, but it was so cold he couldn’t feel the tips of his fingers on the phone. I’m sure the process was very straightforward for the local Chinese, and I was impressed when he got it figured out and we were all able to go into the museum.

I won’t attempt to describe all the displays and will let the pictures speak for themselves except for several observations. The first thing that impressed me was the massive scale of the building. I’m guessing you could have put two football fields inside the entry lobby area. Behind us was a giant video screen running movie promotions. There were people everywhere, but the space was so large that it didn’t feel crowded at all.

The second thing that impressed me was the variety of the displays. There were intricate working models, examples of historical objects, and hands on activities. From Chinese history to modern day 5G technology, from biology to geology to electronics, there was something for everyone.

The battery on my camera died about halfway through the afternoon. Between the two of us my grandson and I took several hundred pictures. Here are a few of the high points from the day. 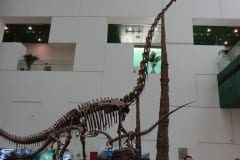 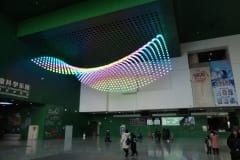 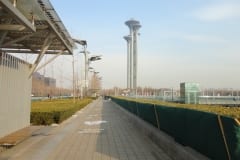 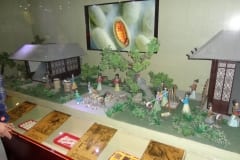 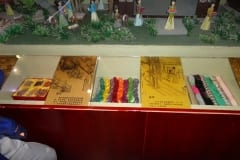 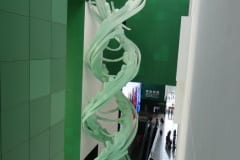 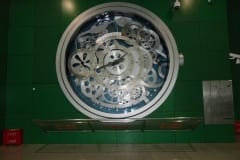