The one thing that has always been a constant in China has been people, many people.  That wasn’t true on our adventure last evening.  We traveled across town to a place where you can get a great hamburger.  There is a Burger King relatively close by, but no one here would call that a great hamburger.  The Chinese don’t eat large quantities of meat, so there are only a few restaurants that specialize in the kind of steaks and burgers that are common in the United States.  The restaurant we went to is called the Blue Frog, think Applebee’s if you live in California.  The only major difference was that the Blue Frog didn’t have the screens that are all around Applebee’s.

We joined with another family for this adventure and part of the group went by car and the rest of us went by subway.  When we reached the street that goes to the subway station after crossing the treacherous path the first thing that came to mind was ghost town.  There were no people and no cars or motorcycles.  It was very quiet, and nothing was moving.  We did encounter one car that was moving on our way and that is very unusual.  It is the New Year holiday season and many people leave the city to return home to be with family.  However, it appears that the virus has encouraged even more people to stay in their homes.

The subway station was empty and there were less than ten people in our car.  Seats were easy to find.  A few more people got on the train about halfway through the trip, but the train still felt empty compared to the shoulder to shoulder experience that is normal.  We arrived at the mall where the restaurant is located and when we entered there were still no people in sight.  The restaurant was open, and it was a special evening.  The kids all got to order whatever they wanted, including a special drink.  Several of the kids ordered something called the Montana Burger.  It was a large burger topped with onion rings.  I was amazed when almost everyone cleaned their plate.  The hamburgers definitely met expectations.  They were as good or better than anything I’ve had at home.  Grandma even got hers very well done.

During the meal we were informed that the restaurant was going to close at 7PM.  It wasn’t just the restaurant that was closing.  The whole mall was closing.  We may have been the last people to leave the mall.  There were even less people on the subway on the way home.  It was too dark when we got back to go over the treacherous path, so we went the long way and walked through the tunnel of death.  We got some interesting advice when we got to the other side.  In the United States the expectation would be that pedestrians would move as far to one side as possible and the cars would move as far as possible to the opposite side.  It doesn’t work that way here.  We were advised to leave some room between ourselves and the wall just in case a driver miscalculated we would have some room to move over.  Chinese drivers don’t want to hit you, so they’ll stop if you haven’t left them enough room.

It was a delightful evening, but it will be good to see people again when the holiday and the virus are over. 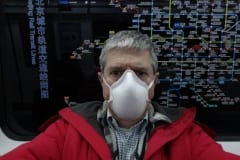 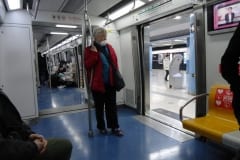 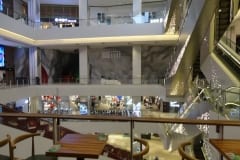 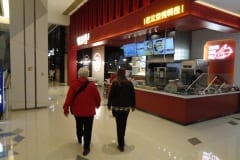 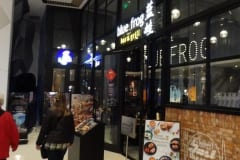 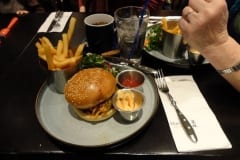 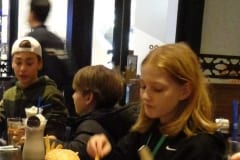 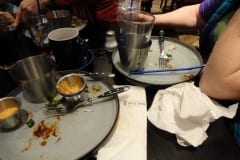 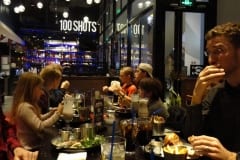